The woman in this lovely portrait, Mary Jamieson, came to my attention when I corresponded with her granddaughter Alison following my earlier post about finding women hidden behind their husband’s names. Just like Tracy and me, Alison Botterill and her sister Fiona Duxbury have been on a lengthy quest to solve some mysteries in their family’s past. Alison told me the following story:

During the First World War, Mary Jamieson was a young Scottish woman living far from family in London. She was involved in the suffragette cause, and family lore says she spoke at Speaker’s Corner in Hyde Park, a popular place for speeches and demonstrations. She didn’t believe in marriage, unusually enough, and had a son out of wedlock in January 1916. Then in 1917, she was among the first to join the Women’s Army Auxiliary Corps, attached to the 2nd Artists Rifles, and a photo of her exists with some of her co-workers, taken outside Hare Hall in Romford. Though her record doesn’t survive, Alison and Fiona were told by family that she held the rank of forewoman and spent some time  in France, near Lille. They think she may have worked as a cook. The photograph is one of a series taken in the same place, and experts have suggested that the number in the lower right-hand corner dates it to approximately October 1918.

War work at this point in Mary’s life would have been a challenge, given the fact she was on her own with a little boy, John, and then a daughter, Mary Joan, born in June 1918. Both children were born in London workhouse hospitals, near to where Mary was living and working at the time, and are listed in the ledgers with their mother, bearing the surname Jamieson. In Joan’s case, the specification “Illegt” is scribbled in as well. A fragment of a story has been passed down that she was named for a “Lady Joan someone” — maybe a connection of Mary’s from the Women’s Army Auxiliary Corps.

Whether the children shared the same father or not is uncertain, but they didn’t spend long living as siblings. At some point John was given to friends to raise — perhaps soon after Joan was born, for Mary’s workhouse record gives no clues as to his whereabouts at this time. It must have been painful to give up the joy of seeing her little boy grow up, although there appears to have been some contact between mother and son during his early years. Joan stayed with Mary, and became part of her mother’s second family when Mary met her husband-to-be a couple of years later. Mary Jamieson and George Couper Reid had several children together, but they didn’t wed until 1948, shortly before Mary died.

With this second family, more clues emerge. Mary and George had a son in 1920, and though they weren’t married, Mary’s name on the birth record appears as Reid formerly Cameron nee Jamieson. So was Cameron the name of the other babies’ father?

Alison and Fiona hung on to that clue when Joan died, and a photograph of a handsome young soldier surfaced among her possessions. The writing on the back gave no name, but stated, in Joan’s hand, “This is my father who died of WW1 wounds in 1918. He was the eldest son of one of England’s old Catholic families.”

So it seems that Joan’s father died the year she was born — which might explain why Mary felt she couldn’t manage alone with both children. When looking at an enhanced version of the soldier’s portrait, military experts have suggested he belonged to the King’s Own Scottish Borderers, and pointed out that he’s wearing a Military Medal ribbon. Putting all these pieces together, the sisters settled on a soldier named Archibald Borland Cameron as a good possibility for Mary’s man. He served with the KOSB (and later with the Border Regiment); he was awarded the Military Medal for heroic action in 1916; and he died in April 1918, just a couple of months before Joan was born. Other parts of his story don’t fit, however: Archie, as he was known, was Scottish, not English; and he was the youngest son, not the oldest. But his service record does offer a tempting detail: in January 1916, the very month John was born, Archie Cameron “illegally absented himself without leave.” Is this just a coincidence, or was it the case of a young father anxious to meet his baby son?

Does some distant relative of Archie’s have a photograph that matches the picture above, of Joan’s father?  It’s hard to imagine what evidence might surface now, after a century has passed, to clear up the mystery of Mary Jamieson and her children. But I can relate to Alison and Fiona’s determination to find the answers. And to the fact that, even when you don’t find answers, the search is fascinating.

5 thoughts on “An unknown soldier and an unconventional woman” 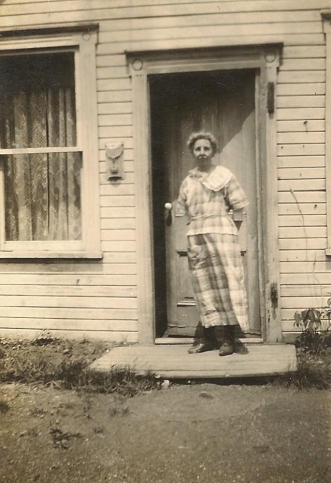 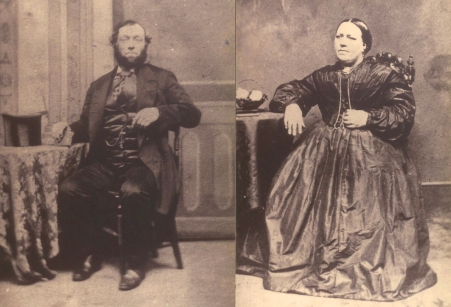 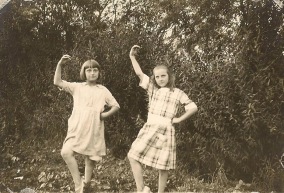 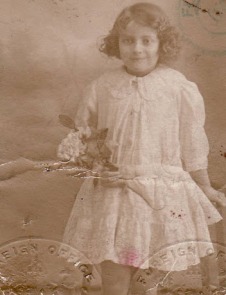 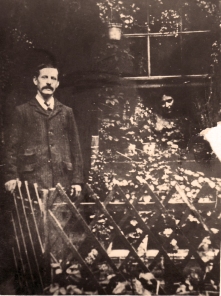 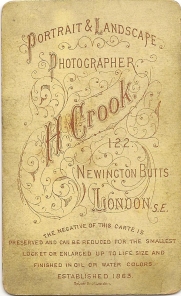