A few posts ago, I started piecing together the back story of a WW1 veteran named Walter Dunn, whose daughter Elsie died in a tragic accident just after the war. In the first post, I tried to untangle Walter’s two wives, Blanche and Myrtle, and never really got to the bottom of it. I found out that Walter had married Myrtle in 1912, and that they’d had Elsie shortly thereafter. But by the time Walter enlisted in 1916, his wife’s name was Blanche, and I could never figure out what had happened to Myrtle. I’m happy to say that that mystery has now been solved, and that many other pieces have fallen into place for Walter’s story, including details about his life as a home child, which were still puzzling me in the second post.

For now, I want to travel back to 1912, when Walter married Myrtle Bishop in Montreal. The wedding took place in April, right after Myrtle had been baptized and converted to Catholicism. Then in May, little Elsie was born. When she died in 1920, her death record clearly stated that her mother’s name was Myrtle Bishop. But Myrtle had disappeared, and subsequent records consistently showed Walter’s wife’s name as Blanche. Try as I might, I could not find a death record for Myrtle or a marriage record for Walter and Blanche. But today I found both — simply because I took away detail from my search criteria.

I considered the possibility that Walter and Myrtle had simply parted ways, and that he and Blanche had never officially married. But I thought that pretty unlikely, so I kept on hunting. Having seen so many poor transcriptions on my travels through genealogical records, I figured it was most likely that the records weren’t turning up because the names had been twisted somewhere along the line. So today I searched Quebec death records between the years 1912 and 1914, and entered only the name Mirtle (I had seen it spelled that way on other records). Up popped a record for someone who’d died in 1912, and whose first name was apparently “Epse Dunn mirtle” and whose surname was “Pearl.” Right away I knew this was her. A closer look at the handwritten record shows her name scrawled in the ledger as “Mirtle Pearl epse Dunn” — epouse meaning her spouse’s name, but the transcriber must not have known that, and also made the strange error of inverting her given and surnames. The record doesn’t say how she died, but perhaps there were complications following Elsie’s birth. In any case, now I knew that Walter really was widowed, and that Elsie never knew her biological mother.

I was all the more determined, then, to find a marriage record for Walter and Blanche, and again I decided to remove details from my search criteria rather than adding everything I knew. I’d done this already, but I hadn’t gone far enough. I plunked in “Dunn” and searched Quebec marriage records between 1912 and 1916, and once again met with success. There they were, marrying in 1913 in an Anglican church, at a ceremony witnessed by Thomas and Sadie Woollands. So now I knew that Elsie was still a baby when Walter and Blanche married — and I had an aha moment when I saw the names of Thomas and Sadie.

I’ll backtrack a bit more: in my previous searches a few weeks ago, I had been frustrated by the fact that I couldn’t find Walter’s wife-to-be, Blanche Poidevin, on the 1911 census, even though I knew that she’d come to Canada around 1908. You might remember from the first post about the trio that I used a roundabout way to discover Blanche’s background — the daughter of a French-from-France egg sorter who’d come from London, England, to find a job in Quebec as a domestic worker. It’s very common for uncommon surnames to get muddled, and I eventually found her passenger ship record by removing her surname and searching only for Blanches who’d sailed the seas from England to Canada at that particular time.

Since that had worked so well, I decided to try it again to find her on the 1911 census. I searched for Blanches, born in England, living in Quebec, and having immigrated at that time. Thankfully that’s one of the boxes that was requested on the 1911 census, so it really narrowed things down. The first person who came up was “Blanche Bidwin.” And yes, it was her, lost in a poor transcription. All the details fit — and on top of that, she was living with a couple named Thomas and Sadie Woollands.

Transcription errors have actually eaten up much of my research time in the case of Walter Dunn. For weeks I couldn’t find him or his sister Maria on the 1901 or the 1911 census, and only when I loosened up birth dates and spellings to a ridiculous degree did any possibilities begin to appear. I’m pretty sure I’ve found Walter in both years now: in one, he’s been labeled “Walter Dum,” and it’s impossible to resist adding that that’s just dumb on the part of the transcriber — although I know myself how hard it can be to work out the loops and swirls of penmanship from days gone by.

I’ve found Maria too. The 1911 census shows her living as the “adoptive daughter” of a “voyageur” for a shoe factory. Yet another poor transcription had aged her by ten years, so she hadn’t turned up on my previous searches. In another aha moment, one of the men listed at the address — the voyageur’s wife’s brother — turned out to be the man Maria marries in 1917.

The stories of home children are often heartbreaking — Walter’s certainly is, having left home at 11, and later lost a wife and a child and gone to war, where he was gravely wounded. His sister Maria seems to have fared better. She lived to be 104 years old, and her 1994 obituary remembers her as “a very good and caring mother who had a generosity of spirit and certain joie de vivre.” The notice lists her loved ones, including brother Walter and various members of her husband’s family — and also two younger sisters in England, the girls born in the years before Walter and Maria were sent away. I’ve since found a 1959 obituary for Walter, too, and his also mentions the sisters. I haven’t quite gotten to the bottom of it yet, and I might be wrong, but I believe these sisters may also have left the family home and lived in institutions within England. I wonder — Walter’s service record in 1916 states he doesn’t know if his parents are dead or alive, but his wounds brought him to a Liverpool hospital. Did he find his sisters then? Did he ever find his parents? Did he want to?

There will always be lingering questions with this type of work, but it’s amazing how one little find can uncover another, and before you know it, a story has formed.

6 thoughts on “Part 3: Mysteries and mystranscriptions, a genealogical case study” 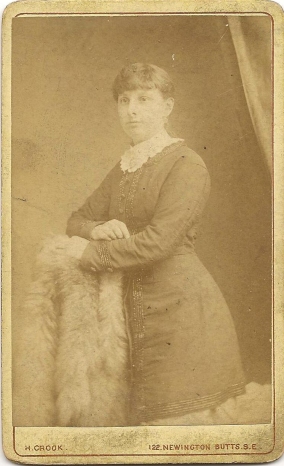 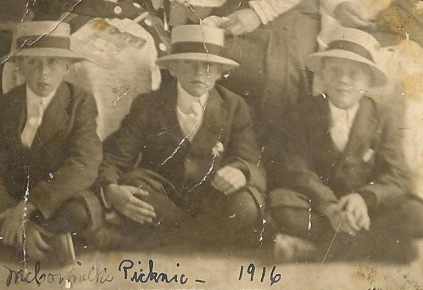